BrandBuilders is a marketing company started by Jeffrey Brown in the basement of his childhood home after graduation from Boston University in 1982, just as recycling was just getting started in New Jersey.  In 1992 our "ecopromo" division was started and so the story begins.

The company focused on businesses and government agencies that were looking to buy recycled content to promote this new concept called recycling. Early customers included Warner Brothers, who regularly purchased our recycled Wham-O Frisbees, Coca Cola, who purchased recycled soda bottle lanyards for not only internal use but also for the Olympics and G8 Summit, as well as the City & County of Honolulu who purchased our pencils made from recycled newspaper.

A highlight was certainly the 2 handwritten letters Jeff received from Jane Goodall who had heard about his business from halfway around the world! 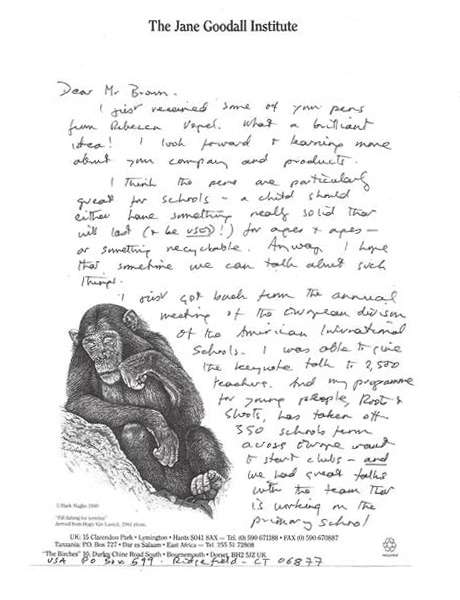 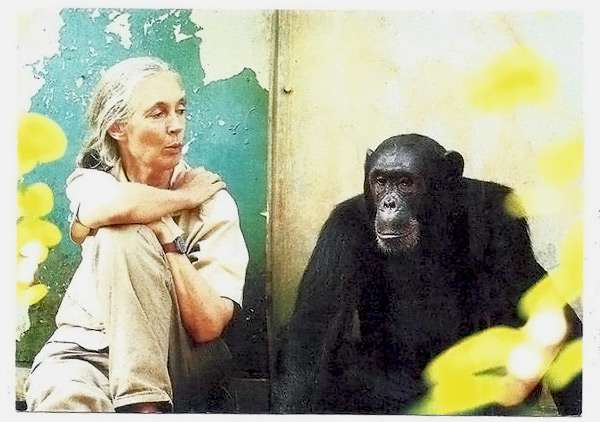 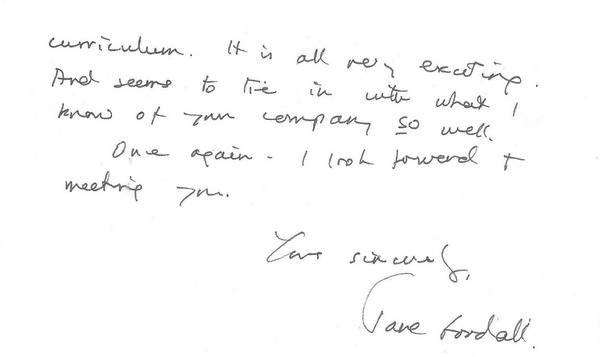 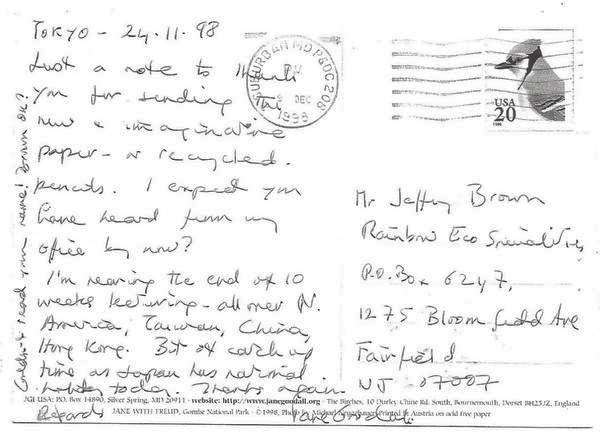 Our Story: From Trade Shows to Communities Nationwide

It was on our tour of trade shows that we were placed next to the "Earth Machine" booth.  "At first I had no idea what they were doing in the booth next to me, it looked like they were selling upside down garbage cans," says Jeff of his first impression, "but after a day of listening to the sales pitch the light bulb went on and I saw backyard composting as an essential element that needed to be added to all recycling programs," and a week later our company was given the New York, New Jersey & Pennsylvania territory and began running Earth Machine Truck-Load sales.  These sales involved putting 50,000 - 75,000 inserts (pictured below) into the newspapers and then hoping for a 1% - 2% response to purchase the 1,000 composters we would have shipped to us from Canada. The days and the lines were long as people waited to purchase with cash on site. Jeff recalls when asked how the online stores got started:

"When the sale went well we would quickly sell out, but as newspaper readership started to decline so too did our turn-outs and by 2020 the factory stopped offering these unfunded events.

Until 6 years ago we ran what I called micro-sales, the City of County would pay for the advertising and I would offer a free kitchen collector for people to sign up in advance, which let us know what to bring and what size truck to rent.  It wasn't until 2015 when we developed our first on-line store solution for selling composters & rain barrels.  Our first customer was Wake County, North Carolina (Raleigh area) where we just ran our 6th sale.  Last year they set a record with 1,660 composters sold in just 1 month, even with Covid taking over the news.

To date we have sold over 4,000 composters to Wake County, so here's the easy math.  If each composter were to divert ¼ of a ton of organic waste (500 lbs) that means Wake County residents will keep 1,000 tons of waste from reaching the scales at local landfills or incinerators.  At $75.00/ton to collect & dispose of the waste that is a saving of $75,000/year and there is no cost to the County to maintain each unit, there is no curbside collection required because residents are taking care of their own waste.

It's a win-win for everyone, especially the resident when they start to use the finished product in their garden or lawn." A Team of Volunteers Our stores are now nationwide, from Colorado to Arizona, to Michigan & North Carolina.  Get in touch for an upcoming sale, or check out our upcoming sales.

Also of importance is the Rottwheeler, something near and dear to our hearts and something that makes us smile every time we get to talk about it. Created in 1994, and named after Jeff's Rottweiler Max, this simple guide has become an important part of my demonstration and people really seem to like it. Side 1 talks about what goes in the composter and what should stay out, while Side 2 talks about tips and troubleshooting. So yes, I actually had a Rottweiler at the time when I wrote the Rottwheeler. We have sold a few hundred thousand over the past 27 years, including orders of 25,000 and 50,000 that were used as part of a responsible gardening campaign. 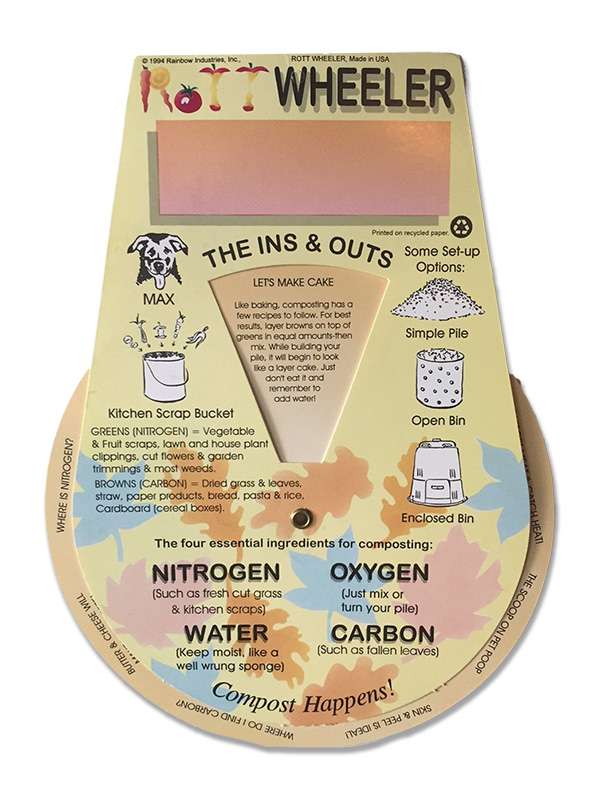 And One More Fun Story...

Back in 2015, Jeff was at the Mitchell International Airport in Milwaukee, WI, heading home after a composter sale when his mini Swiss Army knife was picked up by the x-ray machine at security.

"I had no idea that it was at the bottom of my backpack and was really upset to lose this knife, which I had had for many years and had become a keepsake.  I know it is just a pocket knife but many years ago this had been attached to my keychain when Max (the Rottweiler) chewed on it when she was a puppy, if you look closely you can even see the little teeth marks on it.

Well, the TSA agent saw that I really didn't want to just toss this item so he asked if I had time before my flight, which I did, and he said "Okay, follow me".  He then proceeded to walk me back into the main airport lobby and to a help desk where for $1.00 they took my knife and put it in an envelope and mailed it back to me.

See, there are still kind people out there!" 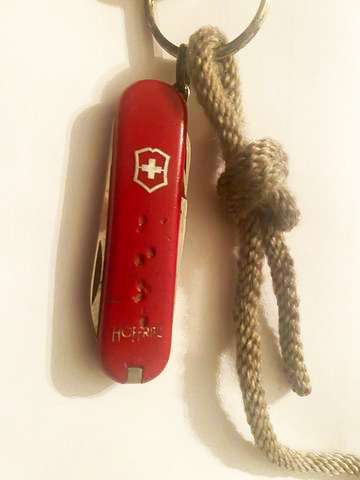